Suspected bandits have killed a police officer in a gun battle in Plateau state.

It was gathered that the incident happened in Pyem district of Gindiri in Mangu Local Government Area of Plateau State.

Also a local vigilante was killed while six bandits were neutralised during the gun duel on Monday evening, August 23.

The gallant officer has been identified as were Inspector Abdulrahaman Isa Danzakara, a.k.a (Dinyau).

Spokesperson of the State Police Command, ASP Gabriel Ubah, confirmed the incident in a statement made available to newsmen in Jos.

“On Monday, August 23, at about 1400hrs, the command received credible information about the activity of a notorious syndicate of gunrunners at Kwoi Village, in Mangu LGA of the State,” the statement read.

“On receipt of the information, the IGP’s Intelligence Response Team (IRT) based in Mangu, Police Operatives attached to Mangu Division, STF and local vigilante were mobilized and swiftly raced to the area

“On sighting the team, the hoodlums engaged them in a gun duel. But because of the tactical operational capability and superior gunfire of the Operatives, six of the hoodlums were neutralized while others fled with various degrees of bullets wounds,”

“Regrettably, one Insp. Abdulrahaman Isah who is the Commander IGP’s Intelligence Response Team based in Mangu and one Hassan Mohammed a local vigilante gallantly paid the supreme price,”

Investigation has since commenced and efforts are being intensified to arrest other fleeing members of the syndicate,the spokesman added

Meanwhile friends have taken to Facebook to mourn the deceased officer. 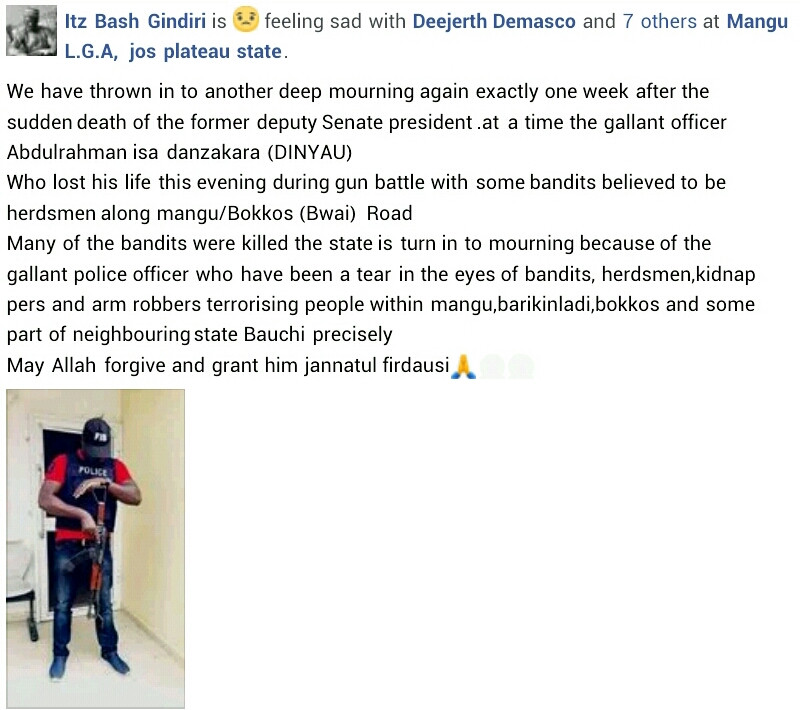 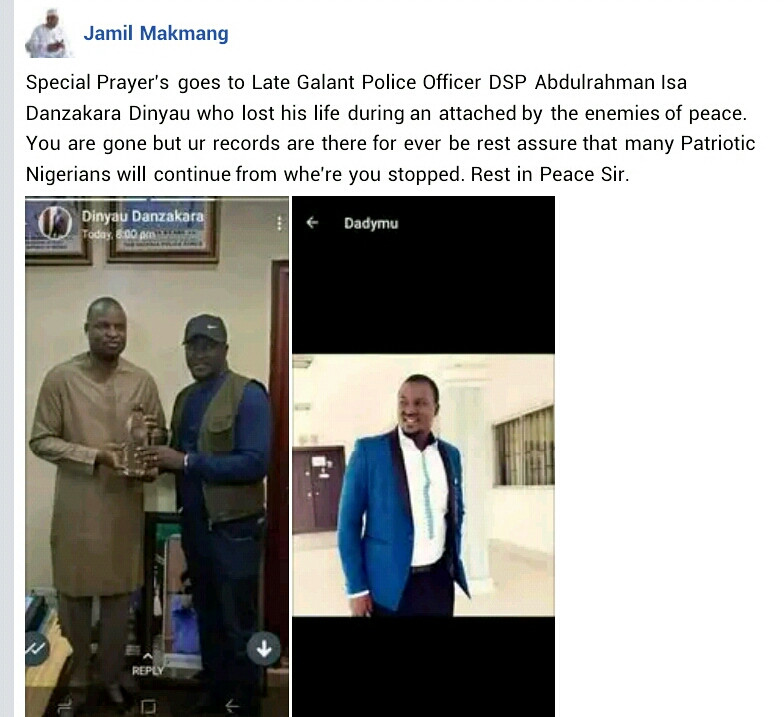 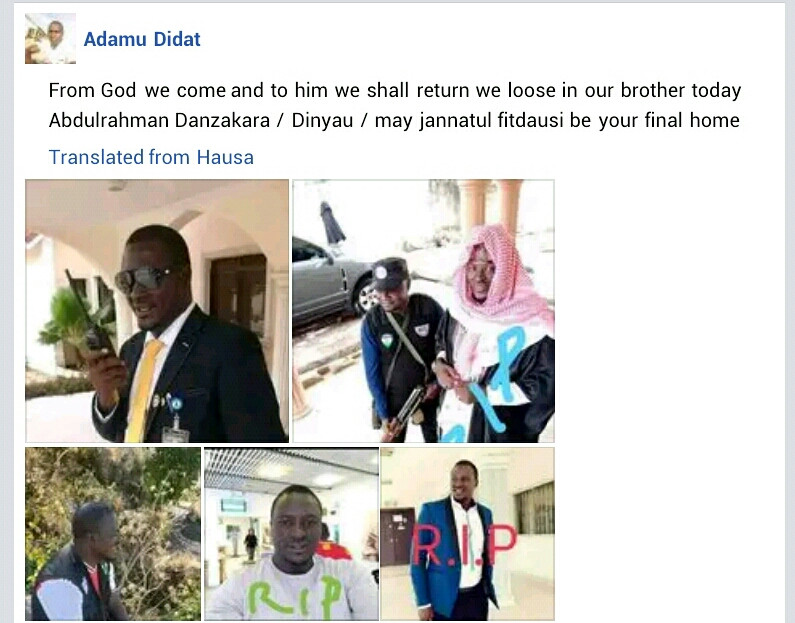 Buhari Worst President Ever, Has A Hidden Agenda – Governor Ortom

Buhari Worst President Ever, Has A Hidden Agenda – Governor Ortom

My Breasts Get Me The Most Attention —Actress, Opeyemi Adetunji Opens Up

My Breasts Get Me The Most Attention —Actress, Opeyemi Adetunji Opens Up